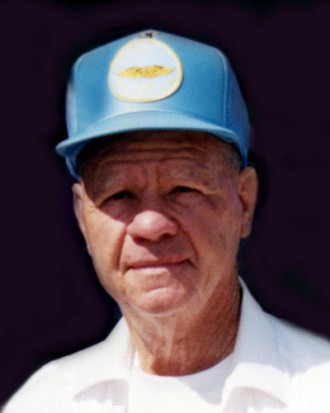 As a small boy growing up in Camden and Greenwood, Bill Hawkins developed a deep love for airplanes and learned to identify the type of plane by the sound of its engine. In 1946, he joined the Army and was sent to Japan, returning home in December 1947.

In 1952, he joined the Civil Air Patrol, and he began taking flying lessons at Camden Airport in 1958. He received his license in 40 hours and bought his first airplane in 1973.

Hawkins served as president of the South Carolina Breakfast Club for 10 years and served as the organization’s historian. He became FBO-Manager of Camden Airport in 1976 and was appointed Airport Manager in 1990.

Hawkins is a charter member of the South Carolina Aviation Association, serving on its board for four years. A long-time member and former president of EAA Chapter 3, he was an active member of the QBs. Since the mid-1970s, Hawkins coordinated the Camden Fall Fly-in.