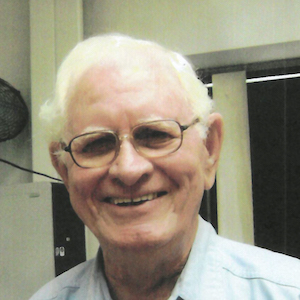 Upon his discharge from the military in 1953, Kendall began a civilian career in aircraft maintenance that took him to Atlanta, Detroit, and Cleveland, working on DC-3s, 4s, 6s, and 7s, as well as Vickers Viscounts, Caravelles, and Lockheed Constellations. He earned his FAA Airframe and Powerplant certificate in 1961.

From 1969 to the mid 1980s, Kendall worked outside of aircraft maintenance while still maintaining FAA currency in order to assist aircraft owners and operators with technical expertise and inspections. By 1985, he was working for Greenville Technical College when he was asked to help establish the college’s FAA Part 147 Aircraft Maintenance Technology program.

Located in an old World War II hangar at what is now the South Carolina Technology and Aviation Center (SCTAC), the first class started in the fall of 1986. The need for technicians was real and the program grew, forcing the need for a new hangar. With his military and civilian aviation background, Kendall helped to design a new hangar to train future technicians to meet the aviation needs of the Upstate.

In the years that followed, Kendall served the program as recruiter, instructor, department head, lab assistant, and FAA Designated Maintenance Examiner (DME). In 36 years as a DME, he has administered more than 1,400 oral and practical exams, certifying more than 900 technicians. He provided input and expertise to assist in the design process of an SCATC joint use facility shared by the college and the South Carolina Air National Guard.

Kendall was awarded the FAA Charles Taylor Master Mechanic Award in 2016 in recognition of more than 50 years of outstanding aviation maintenance contributions.