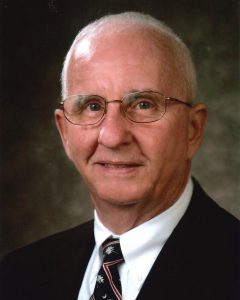 Born in Fayetteville, N.C. on August 28, 1945, Walter Ingram “Walt” Johnson began his aviation career at age 15 when he took a part-time job as a line boy at the Sumter, S.C., airport. He soloed his first plane, a Piper J-3 Cub, at age 16 and obtained his private pilot license by age 17. Johnson was 18 when he earned his commercial and flight instructor ratings, and he was hired in 1964 as a full-time flight instructor and charter pilot at Sumter Airways, Inc., where he worked until joining the U.S. Army as a Warrant Officer in 1966.

After serving his country in Vietnam, Johnson returned to Sumter Airways and purchased a 50 percent interest in the business in 1975. He assumed duties as Vice President and General Manager of the Fixed Base Operator (FBO), and served in this capacity until 1978. After a short corporate helicopter pilot career, Johnson was hired as a line pilot for the SCAC and held that position for 12 years. He was promoted to director of flight operations and, together with his staff, developed many of the policies and procedures in use today within the SCAC flight department. His dedication resulted in his selection as interim director from February 2004 to November 2005, and he played a critical role in the agency receiving the 75 Year Safe Flying Award. He retired from SCAC in 2009.

Walt received the prestigious FAA Master Pilot Award in May 2018, which recognizes individuals who have exhibited professionalism, skill and aviation expertise with at least 50 years of flying experience.