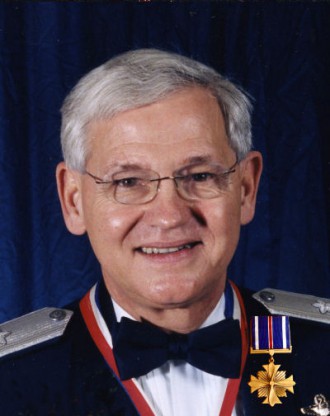 Senator Phil Leventis has been associated with all “things in aviation” in South Carolina and around the world from the time he was born on November 3, 1945 at the Columbia Army Air Base Hospital, which is now the Columbia Metropolitan Airport. Leventis was actually the last baby born before the hospital closed after World War II. As a teenager, he returned to the Columbia Airport numerous times to watch the airplanes take off and land.

He began flying lessons at Columbia Metro in June 1965 and earned his private license in August. South Carolina Aviation Hall of Fame member Francis Miller administered his first flight test, which lasted 50 minutes. In 1967, he earned his Commercial License after a 35-minute test with Ms. Miller. Later that same year, he earned his instructor’s rating after only a 20-minute flight. He earned additional ratings, including his commercial glider rating at Chester in 1967 and a single engine seaplane rating in 1972 from the legendary Jack Brown in Florida.

His first jobs in aviation were pumping gas for the old H&H Aviation at CAE during the summer as well as Holiday Aviation in Charlottesville, Va. during the school year in the late ‘60s. After earning his instructor rating in 1967, he taught in Charlottesville during the school year and at a Civil Air Patrol camp at the Reno/Stead Airport in Nevada during the summer of 1968. He graduated from the University of Virginia in 1969 with a Bachelor of Aerospace Engineering and earned a commission in the US Air Force as a Second Lieutenant. He began Under Graduate Pilot Training in the Air Force in July 1969, the week man first walk on the moon. Many years later, he would meet South Carolina’s “moon man,” General Charles Dukes.

Upon completion of pilot training, Phil became an instructor in advance jets, T-38, and taught both USAF and German AF students at Shepard AFB, Texas. In 1974, he left active duty and entered the South Carolina Air National Guard, rising to the rank of Brigadier General and serving as commander when he retired in 1999. He continued to fly civilian aircrafts, earning his multi-engine and civilian instrument ratings in the early ‘70s.

In the early 1990s, due to the fact that the local repair station operator was retiring in Sumter leaving no maintenance services available in the community, Phil and a partner purchased and operated Dixie Aeronautical for four years. Phil’s flying experience includes operations from Central American to Alaska and from Hawaii to Saudi Arabia and Iraq. He has piloted aircraft across the Atlantic and Pacific Oceans and flown combat missions during the Persian Gulf War. He was awarded the Air Medal and the Distinguished Flying Cross for combat missions over Kuwait on February 4, 1991.

Through his service as an airport commissioner in Sumter as well as his 25 year career in the state Senate, Leventis has helped shape most of the public policy dealing with aviation for more than two decades. He has led the fight in the Senate for numerous issues benefiting all pilots, aircraft owners and aviation businesses and support for local airports throughout the state. Due to his efforts, the Aeronautics Advisory Commission was re-established in the late 1990s in the Department of Commerce and the state Aeronautics Commission was re-established in 2004.

Today, he continues to fly his Cessna 421 throughout the state and across the country, logging more than 100 hours a year.