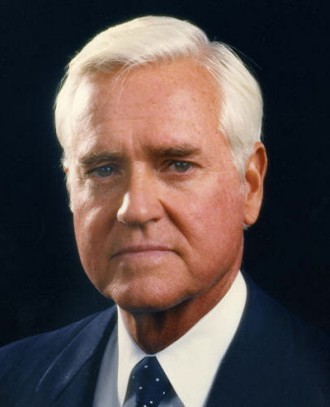 Performance Is Better Than Promise! That’s the creed by which South Carolina’s own Sen. Ernest F. “Fritz” Hollings has modeled his entire life of public service. Hollings has always been a champion for both South Carolina and his nation. A native of Charleston, Hollings graduated from the Citadel Military College in 1942 and immediately received a commission in the U.S. Army. He served as an officer in the North African and European Campaigns during World War II, receiving the Bronze Star and seven campaign ribbons.

Elected to the South Carolina House of Representatives at the age of 26, Hollings was selected by his peers as Speaker Pro Tempore during his second term, a post to which he was re-elected in 1953. Two years later, Hollings became Lieutenant Governor and in 1958, he was elected Governor. At 36, he became the youngest man in the 20th century to hold the position. He was elected to his seventh Senate term in 1998.

As the ranking member of the Commerce, Science and Transportation Committee, Sen. Hollings has used his seniority and vast support for aviation to secure millions of dollars in airport improvement aid. No airport in South Carolina has been untouched by Hollings’ generous efforts to develop and upgrade America’s airspace system. Using his seniority, Hollings has been a persuasive voice for airport development within the US Senate and the FAA.