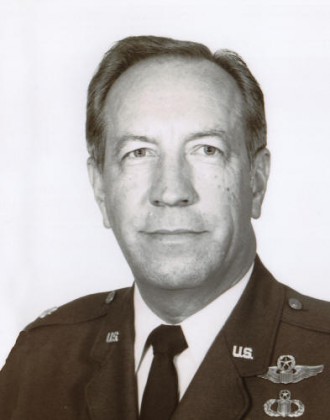 Rocky Gannon is an international aviation consultant specializing in airports and air traffic control. In 1993, he retired as the executive director of the Florence Regional Airport. Prior to that position, Gannon was an independent aviation consultant in Washington, DC.

In 1980, Colonel Gannon retired from the U.S. Air Force after 37 years of active duty. During that time, he flew more than 6,000 hours in 34 different types of aircraft, from bombers to transports and gliders to fighters.

He has 50 military awards and decorations, including the Distinguished Flying Cross, the Bronze Star, the Vietnamese Cross of Gallantry and 10 Air Medals. He flew as a combat pilot in World War II, Korea, Belgian Congo and 387 combat missions in Vietnam.

After World War II, Gannon served three years in the occupation of Iwo Jima and Japan. He served 14 of his 37 years of service overseas. In 2001, he was named South Carolina Aviator of the Year.