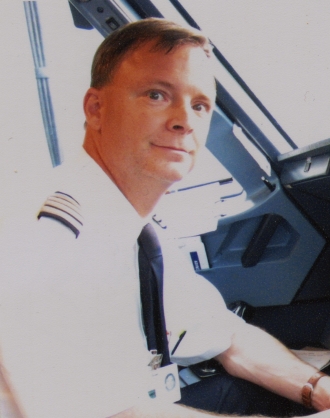 Robert L. Sumwalt, a South Carolina native, began a career of aviation advocacy when he was a freshman at the University of South Carolina organizing and managing the first USC Flying Club.

Sumwalt later served as the first Chairman of the Richland County Airport Commission. As a commissioner, he served on the committee that reoriented the runway at Hamilton Owens Airport to make the airport safer.

Sumwalt was Manager of Aviation for eight years for the SCANA Corporation, a Fortune 500 energy-based company. For 24 years, Sumwalt was an airline pilot with Piedmont Airlines and then US Airways. He received extensive experience as an airline captain, airline check airman, instructor pilot and air safety representative.

He worked on special assignment to the US Airways Flight Safety Department from 1997 to 2004, where he was involved in the development of numerous airline safety programs.

Sumwalt served as a member of the Air Line Pilots Association’s (ALPA) Accident Investigation Board from 2002 to 2004, and he chaired ALPA’s Human Factors and Training Group. He was a co-founder of that organization’s Critical Incident Response Program, which provides guidance to airline personnel involved in traumatic events such as accidents.

He co-authored a book on aircraft accidents and has written extensively on aviation safety, having published more than 85 articles and papers in aviation trade publications.

In 2003, Sumwalt joined the faculty of the University of Southern California’s Aviation Safety and Security Program, where he was the primary human factors instructor. In recognition of his contributions to the aviation industry, Mr. Sumwalt received the Flight Safety Foundation’s Laura Taber Barbour Award in 2003 and ALPA’s Air Safety Award in 2004.

Sumwalt was sworn in as the 37th Member of the National Transportation Safety Board on August 2006. President Bush designated him as Vice Chairman of the Board for a two-year term.

In 2017, the University of South Carolina awarded Sumwalt with an honorary doctorate, and Embry-Riddle Aeronautical University followed suit in 2018.