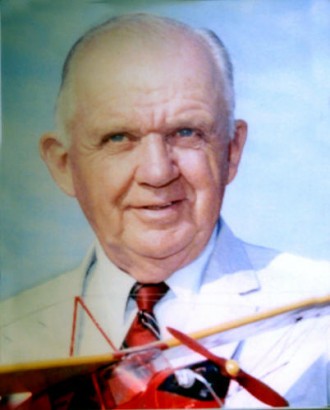 In 1959, Robert Bryant was a founding member of The Rock Hill Airport Commission, and he worked tirelessly to establish the airport that now bears his name. He served on that commission until his death in 1977.

Bryant was awarded two international aviation records from the Federation Aeronautique Internationale representing flight in an Aeronca C3. The first record was in 1936, when he flew non-stop from Rock Hill to Miami in an airplane weighing less than 600 pounds. His second record-breaking flight in 1938 was from Miami to Camden, NJ in 13 hours, 20 minutes, using 40 gallons of fuel.

Bryant learned to fly by trading motorcycle lessons with Col. Elliott White Springs, a WWI Flying Ace who is also in the Aviation Hall of Fame.

The aircraft had a ten-cylinder Anzani engine and was owned by Col. Elliot White Springs.

The day after this photo was taken, Col. Springs flew a Tomas-Morse Scout under the Buster Boyd Bridge on the Catawba River, near Ft. Mill. The movie camera in front of Bob was used by PATHE News to film the event.