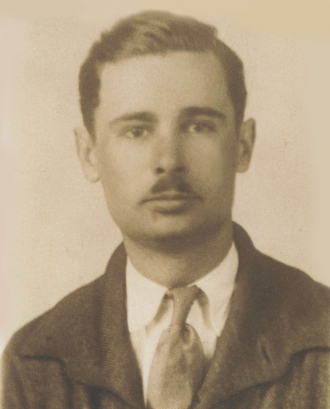 In 1923 at the age of 23, Paul Rinaldo Redfern established Columbia’s first commercial airport and aviation business. In 1927, Redfern became the first person to fly solo across the Caribbean Sea between North and South America. Unfortunately he has never been found or heard from since he was observed flying inland over Venezuela.

Even though his life and career were relatively short, Redfern’s contributions to the state’s aviation industry and history were quite remarkable and have endured to the present.

At age 12 he exhibited signs of being an aviation prodigy soon after the family moved to Columbia where his father joined Benedict College faculty.

In 1916, as a sophomore at Columbia High School, he built and designed a full-sized airplane of his own design, with a style reminiscent of the popular Curtiss Jenny. The only thing the craft lacked was an engine. His industrial arts teacher recognized his promise by having the plane, about the size of a car, hoisted into the gymnasium rafters at the nearby University of South Carolina. The exhibit created quite a stir.

His parents reluctantly approved when he said he wanted to delay high school graduation in lieu of getting some real life work experience. The Army Air Corps took young Redfern on as a production inspector at Standard Aircraft Company’s Elizabeth, New Jersey Plant. At the end of WWI, the plant closed and in February 1919, the 20-year old came home and finished requirements for his high school diploma at Columbia High School.

While away from South Carolina, he also had begun barnstorming and aerial shows in a Curtiss Jenny JN4 that he had acquired. And, while he finished his work at Columbia High School, he built another air-worthy airplane. Soon after he finished high school in 1923, he established Columbia’s first commercial airport on the site of the current Dreher High School. According to the company letterhead, Redfern was President and Chief Pilot, and BC Schoen was business manager. Redfern Aviation Company offered commercial aerial photography, aerial advertising and passenger carrying. Redfern continued to be a barnstormer as well and later flew for the U.S. Government.