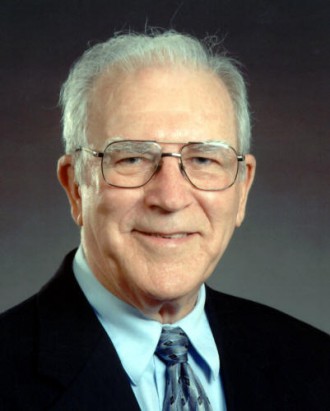 Originally from New York State, Maynard Cusworth’s Air Force career spanned three decades. In 1966, he was stationed at Shaw Air Force Base in Sumter, and, in 1972, he retired as a Lt. Colonel.

For 19 years, Cusworth taught flight instruction to hundreds of students. According to the FAA, 100 percent of his students passed their aviation exams. He helped organize the Jamil Flying Fezzes, a charitable flying group that transports children to Shrine treatment facilities. For 10 years, he has flown more than 200 trips and logged 1,194 flying hours, contributing his time and talent to those in need.

Still flying today, he has already amassed more than 18,000 hours in military and general aviation flights. He once said his flights for crippled or burned children were far more meaningful to him than all his years in military service. In 1992, Cusworth was named South Carolina Aviator of the Year.

Maynard was the oldest pilot to ever land an airplane at Wright Paterson AFB, last year, when he flew his Mooney there for the 463rd Troop Carrier Wing Reunion, at 84 years young.

He is now 85 and still passing his physicals and flight checks. He retired after 28 years of active Air Force duty, and then, 20 years as my chief pilot.

Six–year–old burn victim thrives with local Shriners’ help
For four years Darby Langley has gone to the Shriners Burn Hospital in Cincinnati for treatment
By Natasha Whitling
Darby and Tunie take flight out of Owens Field in the Flying Fez for Darby’s treatment at the Shriners Burns Hospital in Cincinnati, Ohio.
As her plane flew 10,000 feet above the Appalachian mountains, six–year–old Darby Langley curled up for a quick nap on her mother’s lap. Darby and her mother, Tunie, were on a mercy flight, soaring safely in the hands of the Flying Fezzes. Their flight was one of over 500 mercy flights out of Owens Field to Shriners’ hospitals across the US and Canada in the past 10 years.

Pilots Durham Harrison and Maynard Cusworth, both long time Shriners and members of the Jamil Temple, were taking Darby for a check–up at the Shriners Burns Hospital in Cincinnati, Ohio. The temple purchased the Piper Seneca 2 plane for $35,000, and they hold fundraisers and dinners to help cover the maintenance costs. “Insurance alone is $7,000 a year,” Ron Griffin, a Flying Fez in training, said. “But it’s worth it.”
Pilot Maynard Cusworth, Ron Griffin, Tunie Langley, Darby Langley, and pilot Durham Harrison in front of the Flying Fezzes airplane

Darby was two years old when 39.5% of her body was covered in third degree

burns as a result of a kitchen accident. At that time, Darby’s family was living in Gainesville FL. The burn hospital there told Tunie they were not equipped to handle a case like Darby’s, and they recommended the Shriners.

I said ‘whatever you have to do, as long as you save her,’” Tunie said. “They wouldn’t even show me a bill. A nurse told me they don’t have to be regulated by our insurance company. There are no restrictions. If Darby needs ten rolls of bandages, she’ll get it.”

Darby spent two months at the Burns Hospital initially and has returned countless times for therapy and reconstructive procedures. This trip she was having one of her final consultations for a surgery that would allow her to have hair. Darby’s injury had left her without any hair on the left side of her head.

With the aid of a saline balloon, Darby will be able to have a full head of hair. In May of this year, the doctors inserted a ballon underneath the portion of her scalp that had hair and have been slowly injecting saline into the balloon in order to stretch her scalp enough to allow them to pull the skin with the hair over the scars.

“I’m so excited,” Tunie said. “She’s such a girlie girl. She likes me to curl her hair. Now she’ll have enough for me to do it.”