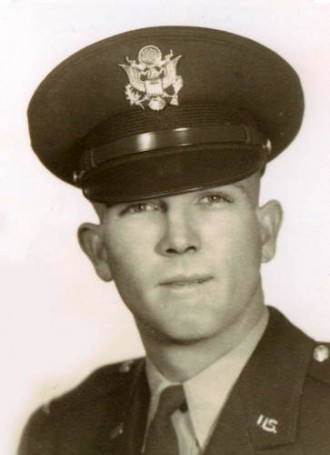 Jim Hamilton’s military career includes service as an artillery officer, aviator and paratrooper in the U.S. Army. He was appointed to three four-year terms on the South Carolina Aeronautics Commission and was elected chairman twice.

Hamilton served two terms as president of the South Carolina Aviation Trades Association. He was elected Governor and Key Man of the Columbia Hangar “Quiet Birdmen.” Hamilton organized and chaired Aviation Weekends for Charity. In 1974 he founded the Jamil Flying Fezzes, a charitable flying group that transports children to Shrine Hospitals, serving as its first Commander and continuing as a mercy flight pilot.

The founder-owner of Midlands Aviation Corporation, he has served as the Columbia-Owens Downtown Airport Operator for more than 30 years. He holds a commercial pilot certificate with instrument, helicopter, single and multi engine land, and single engine sea, ratings and a multiengine and instrument flight instructor certificate.

He has been a member of the SC Board for Mental Retardation and the Babcock Center Board, he received the Order of the Palmetto and the Shrine Bowl of The Carolinas Walt Disney awards. Jim Hamilton Blvd. in Columbia was named in his honor. In 1993, he was named the South Carolina Aviator of the Year.

Columbia Company Has Taken To The Skies

From the time he left the military in 1958 to take a job as a flight instructor in Columbia “I dreamed of having my own business,” Hamilton said.

His first civilian flying job was with Aircraft Sales and Service at Metropolitan Airport. In addition to flying lessons, “I pumped gas and did whatever else needed doing.”

He was an Army pilot from 1949-58 flying spotter planes. He had joined the army right out of high school and served as a paratrooper with the 82nd Airborne Division. He wanted to go to infantry officer candidate school, but was sent instead to artillery OCS at Fort Sill, Okla. for flight training. His last duty station was Fort Bragg, N.C.

In running Midlands Aviation he has had a knack for doing the right things at the right time and place, Hamilton said.

His original partners were Lawrence Savage, a University of South Carolina school of business professor, and Columbia businessman Harold Flinsch. They provided the business know-how while Hamilton supplied the flying expertise. Savage and Flinsch are no longer associated with the business.

Hamilton landed the Cessna franchise but he had to pay to keep his airplanes at Owens Field, and when they needed servicing they had to be flown to Aiken. “It was a real pain, but we didn’t have any choice,” he said.

Hamilton got his first real break when he sold the 50,000th airplane manufactured by Cessna. The sale (the buyer was Columbia realtor Bill Hawley) generated a lot of publicity for the new concern. “We got our pictures in all the flying publications.”

Hamilton moved the business to Owens Field in 1964, operating out of a house trailer and installing some fuel tanks. He later acquired the building which formerly housed the South Carolina Aeronautics Commission.

In 20 years Midlands has grown into a full sales and service. business with 26 full-time and 6 part-time employees. Hamilton will match the skills of his director of maintenance, Bill Slaughter, “against any aircraft mechanic in the country.” Midlands has storage facilities for 18 planes (soon to be expanded to 40) and a six instructor, eight-airplane flying school that is FAA-approved through the airline transport rating.

Hamilton relies primarily on advertising in flying publications to sell his planes. “People in the market for an airplane read these magazines.” His sales territory is not limited to the Southeast or even the United States. His customers come from as far away ‘as Zambia: He dropped the Cessna franchise some years ago, “so I’m not tied to anyone manufacturer.

Most of his sales are “good previously-owned airplanes,” and he logs about 300 flying hours every year on buying trips. “With my contacts, I can acquire about any type airplane the customer wants. We bring it to Columbia, give it a good going-over and put it in first-class shape.”

The hectic pace Hamilton travels at today is a far cry from his boyhood years in Florida’s Lower Matecumbe Key.

His father owned a small ship repair business and fished commercially. Hamilton was Matecumbe’s only school-age resident and had to go by boat to nearby Islamorada to attend classes.

The family later’ moved to the Hialeah section of Miami, where Hamilton finished high school.

As Midlands has grown so has the number of Hamilton’s associated with it.

Hamilton’s wife, Pat, is vice president and corporate secretary. Daughter Kelly is a receptionist and Jim Jr. is in the maintenance shop. Two other children, Dan and Holly, are students, and son John is a Baptist minister in Goose Creek.

Hamilton applauds Jim Junior’s decision to learn the mechanical end of the business. “Mechanics are what are really needed. A 50,000 shortfall in aviation mechanics is expected in the next 10 years.”

Hamilton is ‘optimistic about the future of general aviation.

“New plane sales are down right now, but the future looks good,” he said. “Management teams and people in the professions need to travel, and they are finding out they can spread their talent over a much broader base by flying their own airplane.

Until the recession is over, “there will be some tough sledding and belt tightening. As is always the case In bad economic, times the efficient companies will survive and the inefficient won’t,” he said.

The moral responsibility to the public of businesses like Midlands is tremendous, Hamilton, said. “We’ve got to know what we are doing and we’ve got to have the ability to provide the best and safest service possible.”