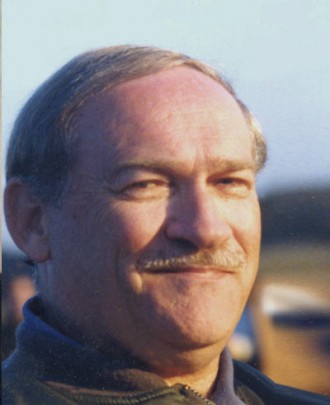 Born in 1946, Jimmie Doyle Stewart grew up in Greenwood, where he began washing airplanes at the local airport at the age of 12. He had obtained his private pilot and commercial ratings by the time he was 18 , and he used his new ratings to fly various corporate aircraft for Abney Mills, Greenwood Mills and others in the area to help pay his way through college.

Jimmie served in the Air Force during Vietnam and later worked with the FAA as an air traffic controller in Asheville and then at the Greenville-Spartanburg International Airport. He held almost every aircraft rating the FAA issues, including glider and instructor pilot.

Doyle’s greatest contributions to aviation in South Carolina focused on two areas. The first involves his work as a flight instructor, where he taught many people to fly from Greenwood, Laurens and Greenville. The other centers on his efforts as a volunteer pilot for the Commemorative Air Force and the Collings Foundation, for whom he has flown B-17s, B-29s, B-25s and B-24s and set up tours of these aircrafts. Thanks to Doyle’s efforts, many South Carolinians have been able to have an up close and personal look at these historic war birds.

Helping the public understand aviation and how important it is in their lives was at the core of Jimmie’s devotion to flying. He was instrumental in the success of the first two Wings Weekends at the Greenville Downtown Airport, and his knowledge and contacts brought together many groups to provide the public with an outstanding aviation experience. With the assistance of his wife Tracey, Jimmie worked tirelessly to plan and coordinate many bomber tours until his death in March 2006.

“I remember going to Lancaster once with Jimmie and seeing the B-17 and B-24,” said Charles Flowers. “It was amazing to see and hear the men who had been crew members on these planes during the Second World War tell the wives and families stories. It made history come alive once again and provided a greater depth of understanding for the families and friends of these brave aviators.”

“Jimmie was not looking for any personal acknowledgement for his actions or recognition for his work,” said Flowers. “His only desire was to bring the wonder of flight to as many people as possible so they would realize how important aviation is to their lives.”