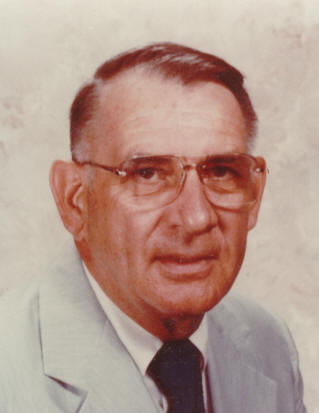 John F. “Jack” Barry, a native of Spartanburg, learned to fly in 1940 in the Civilian Pilot Training Program at Palmetto Air School in Spartanburg. At the time, he was a student at Wofford College and worked part time as a flight instructor. During World War II, Barry served in the U.S. Army Air Corps as a Service Pilot, Check Pilot and Flight Instructor with the North African Division Air Transport Command First Pilot School. He was an aircraft commander and First Pilot on the North African, Middle East ATC routes and in the New York, New England areas in C47 and C46 aircraft.

After graduating from Wofford College, the University of South Carolina, and following a career in education, Barry joined the South Carolina Aeronautics Commission in 1957. He began as a flight inspector in charge of aircraft registration, accident investigation and pilot registration. He was named director of Aviation Education in 1958 and assistant director of the agency in 1959. Barry served as Assistant/Deputy Director of the South Carolina Aeronautics Commission for 20 years, retiring in 1979.

In 1980, Barry received the Civil Air Patrol’s Brewer Award. The Federal Aviation Administration honored Barry in 1979 with the Flight Safety Award in recognition of outstanding support of flight safety program activities in the general aviation community. During his career, Barry was an instructor on AOPA flight training programs from 1962 until his retirement. He received a meritorious award from AOPA in 1965. Barry also served on the Board of Directors of the National Association of Flight Instructors.

Barry held an Airline Transport Rating and a commercial helicopter rating. He held instructor ratings for airplane, rotocraft, instrument and advanced ground school. He was also an Army Instrument Flight Examiner, 3rd U.S. Army Instrument Examining Board. Barry amassed more than 8,000 hours during his flying career, including 4,505 in multiengine aircraft. He loved to fly and it showed!