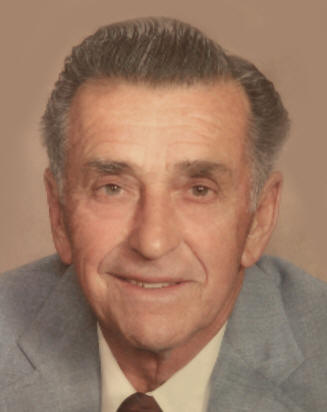 “Since Gerald became Breakfast Club President, more than 23 years ago, he has done a tremendous amount for the good of aviation. He has brought hundreds of people, from all walks of life, together every two weeks for one common passion—aviation.” Bill Hawkins

Gerald Michael Ballard was born September 30, 1939 in Fredericksburg, Va. His first job was at Shannon Airport in Fredericksburg in 1949 for Sidney L. Shannon. At age 10, he pumped gas into airplanes and performed general clean-up duties.

Ballard moved to Augusta with his family in 1951.

After high school graduation, Ballard enlisted in the U.S. Air Force as an Aircraft Mechanic, and spent 12 weeks at Lackland AFB, Texas for basic training. He then went to Amarillo for Aircraft Mechanic Tech School for six months. After graduating, he said, “I got the worst air force base assignment –Wheeless Air Force Base in Tripoli, Libya for two years.

At Wheeless, he was a Crew Chief on F100s. His plane was a 55271 lF100C. His crew towed darts three miles behind the aircraft in the desert so F101s and F102s from Europe could use the darts for target practice. After 730 days in Libya, he was stationed at Moody AFB in Valdosta, Ga. until he was honorably discharged in 1964. At Moody AFB, he was Crew Chief on several aircraft, T-28s, T-33s, T-41s and T-38 Trainers.

Ballard began flying a Cessna 170B in 1966 (which he still owns) and went to his first Breakfast Club in 1968. Ballard was elected president of the Breakfast Club in November 1979 and has held the office for the last 23 years. He moved to Graniteville in 1986 and built a hangar and home at SC 17 (Twin Lakes) just outside Aiken.