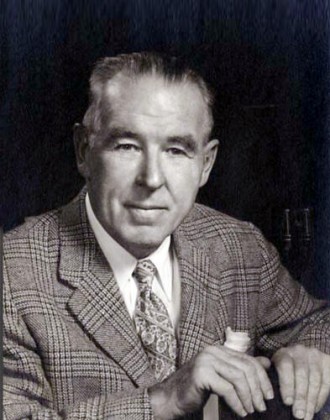 A native South Carolinian born in Lancaster, Elliott White Springs was educated at Culver Military Academy and the Princeton University. After graduation in 1917, he enlisted in the U.S. Army Signal Corps aviation section.

By age 22, he was squadron commander with rank of top sergeant and, by the end of the war, he was the fifth ranked U.S. WWI Flying Ace. He received the Distinguished Service Cross and the British Distinguished Flying Cross.

Springs is credited with 16 confirmed combat victories, nine during the Allied advance on the Cambrai Sector. After the war, he authored several books including The Diary of an Unknown Aviator, a WWI classic. Also known for his mastery of the family textile mill, Springs Industries, he built the company into a powerful corporation.

Elliott White Springs was a man of so many talents that it would be difficult to choose any one of his accomplishments as his most outstanding. At his death, he was chairman of Springs Cotton Mills, a company that he took over in 1931 when America was in the depths of the Great Depression, and 10 years later had made it one of the textile industry’s major success stories.

But first there was Springs the aviator, one of the finest, bravest, and most daring pilots produced in World War I. He was the fifth-ranking American ace of the war, with 11 kills to his credit and many more that were not officially confirmed. At the end of the war, in 1918 and a year after he graduated from Princeton, he was 22 years old, a squadron commander, a captain, and holder of the British Flying Cross and the American Distinguished Service Cross. He returned to military service during World War II and left with the rank of lieutenant colonel.

Then there was Springs the writer, a Roaring Twenties author of nine books and scores of short stories, many published in the leading magazines of his day. He earned a quarter of a million dollars with his writing, and his Warbirds: the Diary of an Unknown Aviator is considered the most important writing about World War I aviation ever produced.

Springs the textile executive was equally impressive. At 35 years old, he inherited from his father the task of running Springs Cotton Mills, which consisted of five comparatively obsolete plants in Lancaster, Chester, and York counties.

Everyone who knew Elliott Springs expected him to waste his inheritance within a few years. His father’s estate was valued at about $5 million, ranking him informally as the wealthiest man in South Carolina.

But few people realized to what extent Springs committed himself to learning the business or how hard he was willing to work to learn the fundamentals of textile manufacturing. He not only learned the new business but became familiar with every technical detail related to operating a textile plant. He worked on a loom in his basement, testing proposals of his workers and supervisors.

He discovered that “for a man who loves machines, a cotton mill beats an airplane.” He worked until he knew the workings of all machines in the plants and could tell by the sound whether things were running right.

In the face of the Depression, Springs consolidated the five mills into one company, built a finishing plant, established a sales organization, and modernized the business. At the end of 1958, the last full year he managed Springs Cotton Mills, assets were $138.5 million, compared to $13 million when he became president. Sales were $184 million at the end of 1958, more than 19 times greater than sales in 1933.

In 1958, Springs Cotton Mills was only the seventh-largest textile company in the United States, but it led the textile industry in profitability. And Springs had become the world’s largest producer of sheets and pillowcases.

Then there was Springs the advertising genius, whose innovative series of humorous, risqué ads made Springmaid sheets a household word and changed the course of American advertising. Today, nearly 45 years after those ads ran, the company receives hundreds of requests each year for reprint copies, and the series is used in advertising courses in dozens of universities as the most successful ad program ever launched.

In fact, within a few months, the ads and the restructuring of Springs had transformed Springmaid from a virtually unknown brand into one of the most familiar textile products in America.

Elliott White Springs was born July 31, 1896, the son of Leroy and Grace Allison White Springs. His mother died when he was 10 years old, and at 12, he was sent to the Asheville School, a new academy in North Carolina. He later graduated from Princeton University and Oxford University.

Springs had an obsession with automobiles and was a part-time mechanic most of his life. He owned, among others, a Winston, Isetto Raschini, Detroit Electric, Pierce Arrow, Auburn, Cord, DeSoto, Cadillac, Jaguar, Mark VII, Mercedes Gullwing, Volkswagen, Buick, Chrysler, Aston-Martin, Corvette Stingray, and three Rolls Royces. He gave Governor James Byrnes a custom-built Rolls Royce Phantom II to be used on ceremonial occasions.

Springs married Frances Hubbard Ley on October 4, 1922. They were the parents of a daughter, Anne Kingsley Springs Close, and a son, Leroy “Sonny” Springs II, who was killed in an airplane crash May 12, 1946, at the age of 22.

Elliott White Springs was inducted into the South Carolina Business Hall of Fame in 1985.

Elliott Springs was never a summer resort. He always made that clear. He was, instead, the president of a textile company. And a writer. And an aviator. And the creator of a unique approach to advertising that became a textbook case.

When he went into the finished goods business he needed a brand name – fast. He built it himself. He developed a series ofads that harpooned the gray-flannelled bottoms of Madison Avenue, out raged little old ladies in tennis shoes, and jolted the decorum of The Establishment. He seared the pompous wit satire, burlesqued the serious, and lampooned the slick and the coy. The told him the ads were losers. They were wrong.

Reaction ranged from delighted chuckles to moans of anguish. The result is history. Springmaid became a household word and a nation of shoppers knew without doubt that you couldn’t wrong on a Springmaid sheet.

Elliott Springs reached them with humor, it was enough.

The above from the Springs Mills corporate offices circa 1970’s.

Many have heard of Col. Springs radical, some say risqué, print advertisement but few have actually seen them. The company reproduced the circa 1951 ads in the mid ’70’s.