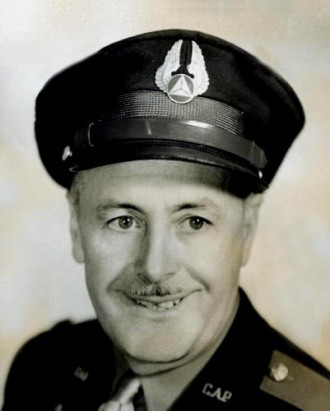 Dexter Martin began flying as a” Barn Stormer” and obtained his pilot’s license in 1919, which was signed by Orville Wright. He toured the Southeast in the famed Mabel Cody’s Flying Circus. In 1935, the South Carolina Legislature created the state Aeronautics Commission, and Martin was its first executive director. During World War II, he developed the Lexington County Airport to base a special Defense Landing Program known as Doolittle’s Raiders. He established the Palmetto School of Aeronautics for aviation mechanism and was inducted into the Aviation Pioneers Hall of Fame in 1976. The photo of Lt. Col. Dexter C. Martin was taken in 1941 as Commander of the SC Civil Air Patrol, a position held from 1941 through 1946. Link to Mabel Cody’s Flying Circus webpage Aviation in South Carolina Thanks to the Rice Creek Elementary School Dexter Martin (1897 – 1982), a barnstormer turned aeronautics commissioner, guided the development of aviation in South Carolina through several decades of its fastest growth. “Things were a lot different then. Airplanes had no instruments like today’s airplanes . . . . If you weren’t sure where you were, you landed and asked somebody.” Dexter Martin (Note: Martin did suggest painting the town’s name on the roof of a building.) Martin began flying in 1919 when he took lessons with Amelia Earhart. He came to South Carolina in the late 1920’s as a barnstormer in Mabel Cody’s Flying Circus. As Martin flew the airplane, Miss Cody, niece of Wild West showman Buffalo Bill Cody, climbed out of the plane on a rope ladder and painted “WOCO PEP” (the name of the airplane fuel maker that sponsored her) on the wing. The show visited Camden, Bennettsville, Orangeburg and many other towns. Martin earned his first pilot license in 1924. It was issued in six languages and was signed by Orville Wright. In 1935, Martin was named the first director of the South Carolina Aeronautics Commission. He helped develop many of the state’s important aviation centers, including Columbia Metropolitan Airport and Shaw, McEntire and Myrtle Beach air force bases. http://www2.richland2.org/rce/transpor.htm