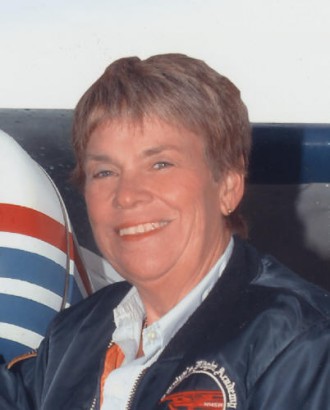 Carolyn Pilaar is an outstanding aviator and, over the years, she has achieved goals that others only dream about.

Pilaar became interested in aviation while attending Western Michigan University. She received her private pilot’s license in the college flying club and immediately started with the University flight training program, staying in college for an additional major in aviation. She bought her first airplane, a 1946 Luscombe 8A that she flew for many years, in 1969 and completely restored everything. She even recovered the fabric wings.

In 1972, she completed her aviation training, graduated from college and moved to Greenville, where she worked as a company pilot and flight instructor. In 1973, she was chief pilot for a FAR 135 certificate in a Beech 18 taildragger.

Pilaar began Carolyn’s Flight Academy, which she continues to operate today, in 1974. She has also taught aviation courses at Greenville Technical College. Over the years, she has participated in such events as the All Women’s Transcontinental Air Race Classic, and she has earned many achievements in aviation and her community. She was named South Carolina’s Flight Instructor of the Year in 1976.

Pilaar’s work as a pilot as well as an instructor has contributed significantly to the aviation community.

The United States Precision Flying Team (USPFT) championships were held June 5-8, 1985 in Kissimmee, Florida, to select five pilots to represent the U.S. in the Sixth World Precision Flying Championships. Foothills Chapter 99 Carolyn Pilaar was the overall winner to lead the U.S. team. Eight out of the 32 competitors were women, all 99s.

The 1985 World Precision Flying Competitions (WPFC) in August were also hosted by the 99s. Jody McCarrell, USPFT and WPFC chief navigation Judge, reported that the chief of the World Jury, Peter Nissen, observed, as 99s came from everywhere, that he had never seen so many women involved in such an event and doing such a great job.