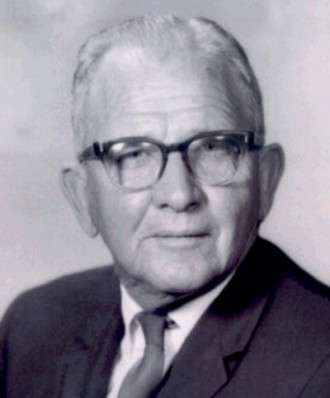 In 1936, Benjamin Franklin Johnson purchased a disabled plane, restored it and then learned to fly.

Southern Airways and Southern Airways School employed Johnson from 1942 to 1944. He also taught in the Clemson and University of Georgia CPT Programs. Johnson served as civilian instructor in the Army Primary Program at Camden during WWII and operated a flight program for air force cadets in Anderson. He flew more than 3,000 hours in a PT-22 Stearman during those years. Ultimately, he logged more than 10,000 hours total.

In 1945, Johnson started Carolina Aero Service in Anderson, along with four partners. He operated the school until 1972. During his tenure, he received the nickname “Mr. Anderson Airport.” Through Carolina Aero he provided charter service, fuels, aircraft maintenance, flight instruction, hanger and storage services, aerial photography and mapping.

Johnson served as a FAA Flight Examiner from 1951 to 1974. He was a flight instructor, ground instructor and held many aircraft engine mechanic ratings. He also wrote a weekly column for the Anderson Independent and Daily Mail called “Planes and Pilots” in the 1960’s.

Johnson’s love of airplanes lead to his hobby of restoring old aircraft, including the 1929 Clemson ‘372,’ the Clemson Aero Club Plane that is last known to be housed in the South Carolina State Museum in Columbia.