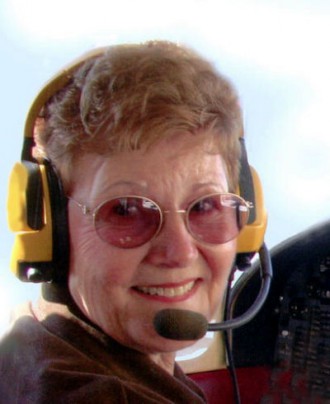 Lee Orr entered the aviation field in 1950, and she obtained her private pilot certificate in 1965. Over the years, she has taught nearly 1,000 people how to fly, and hundreds of those people are in the Spartanburg area.

In 1971, Orr joined the Arkansas Chapter of the Ninety Nines, the women pilots’ organization, and she helped charter the Blue Ridge Chapter. She has held many leadership positions in the organization, as well as secretary and governor on both the national regional levels. From 1989 to 1996, she served on the International Board of Directors.

A veteran of many air races, Orr has competed in the All Women’s Transcontinental Air Race (AWTAR), the Air Race Classis and the Powder Puff Derby. In 1988, she received the Amelia Earhart scholarship. With more than 25,000 hours of flying time, she has served as a role model for women in aviation as well as a mentor for countless pilots and colleagues.

She has dedicated her entire flying life to the people of South Carolina, working with her local students and sending them off to aviation careers and hobbies across the world. Through her dedication to the field, both in instruction and safety, many pilots have come to know the freedom and responsibilities of flight.